This historical bear by Lieberich was once for sale at an auction in USA. It looks good except a small thing – the signature is totally wrong as it reads “Modeled by Lanceray” in Cyrillic…

The bear is a historical one, as it was killed by Russian Emperor – Alexander II – on the 9th of March in 1865 near the village of Lisino. The artist was present there and took some sketches during the hunting party. 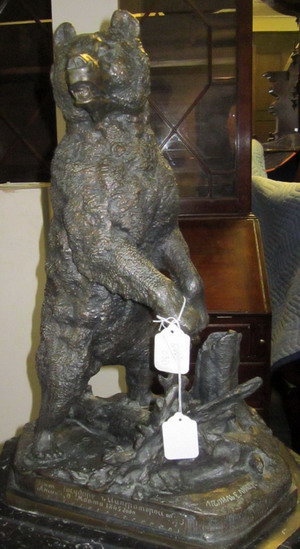 Such work can not be called a reproduction even, as the signature belongs to a different artist and it was intentionally placed. A fake – would be a right word for it. Probably, whoever cast it, thought Lanceray is better as he is more popular….

Where it was cast? Most likely in Mexico. I spoke to somebody who said that she was buying same model again and again (wolf hunting party by Lieberich) from Mexico back in 1990-s.

Bellow is another example.

Troika by Vasily Grachev, known as The Mile Post, became Dvoika (two horses). The signature on the base also reads Lanceray.  Very rare you can see limited editions numbers on fakes – here we have 9/100. Not necessarily they cast all hundred copies. Most likely the smart businessmen just were hoping to sell a hundred of such statues, but they didn’t find that many fools around to buy them…. By the way, the casters were not Russians for sure as there are four misspellings in the signature. 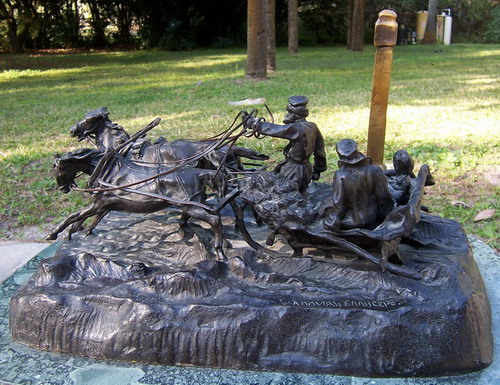 Modeled by Lieberich, but also has Lanceray’s name on it. 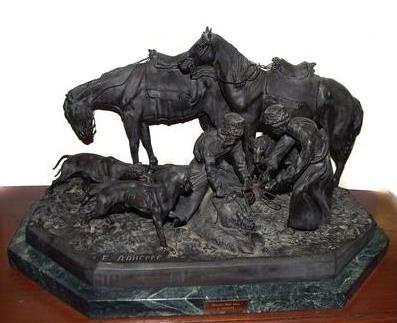 Such fake Nancepe included into many books on bronzes as an Austrian sculptor of 19th century. Worth to mention that even some big auction houses have no people to figure out that it is a Cyrillic writing. 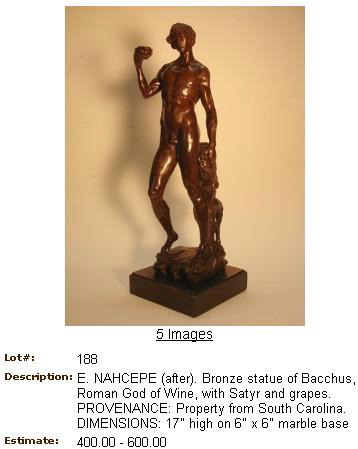 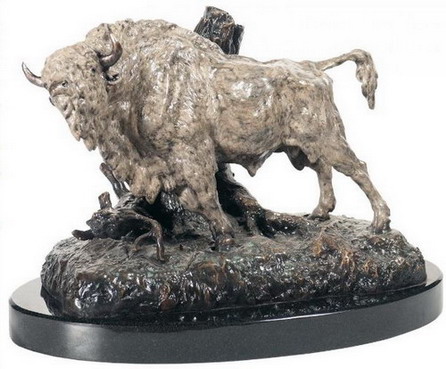 This wonderful buffalo (zubr) from Beloveshkaya Puscha, modeled by Robert R. Bach  in 1897, was significantly enlarged, colored in white and signed  with a name of a famous and expensive American sculptor. Next to signature there is a date of 1902 suggesting that the American artist went to the same forest five years later, found same animal, which already got grey hair by that time, placed him to the same stump to pose and modeled it again…. May be, who knows…  The zubr didn’t mind, I guess, – pleasant memories, some snacks to stand still, etc…

In total, the fake-makers didn’t get much for it – just about a thousand dollars at the auciton. 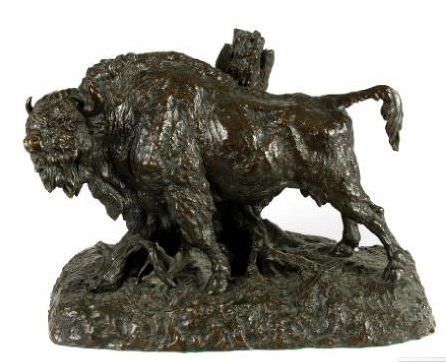 Here is the original work by R.R.Bach above and the Russian Woerffel foundry mark bellow.

The two Turkish warriors by V.Grachev were placed on the base from the Crossing Balkans model by E.Lanceray. 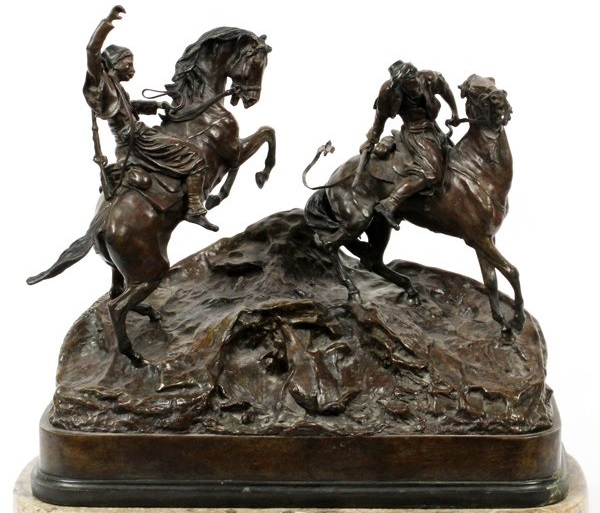