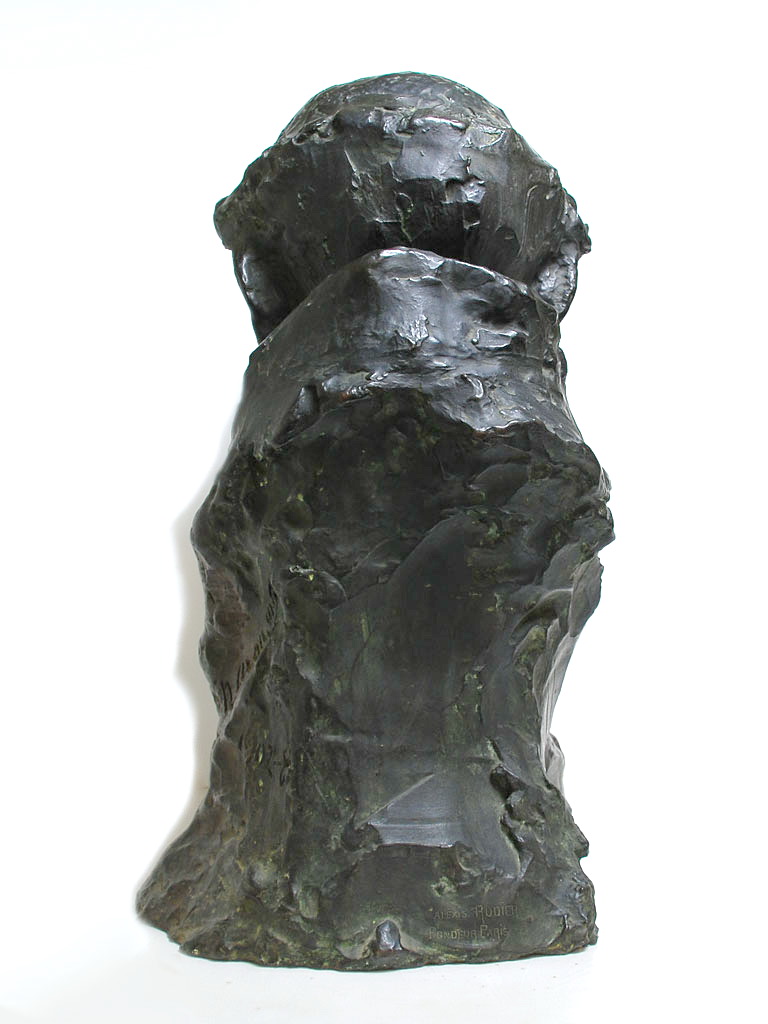 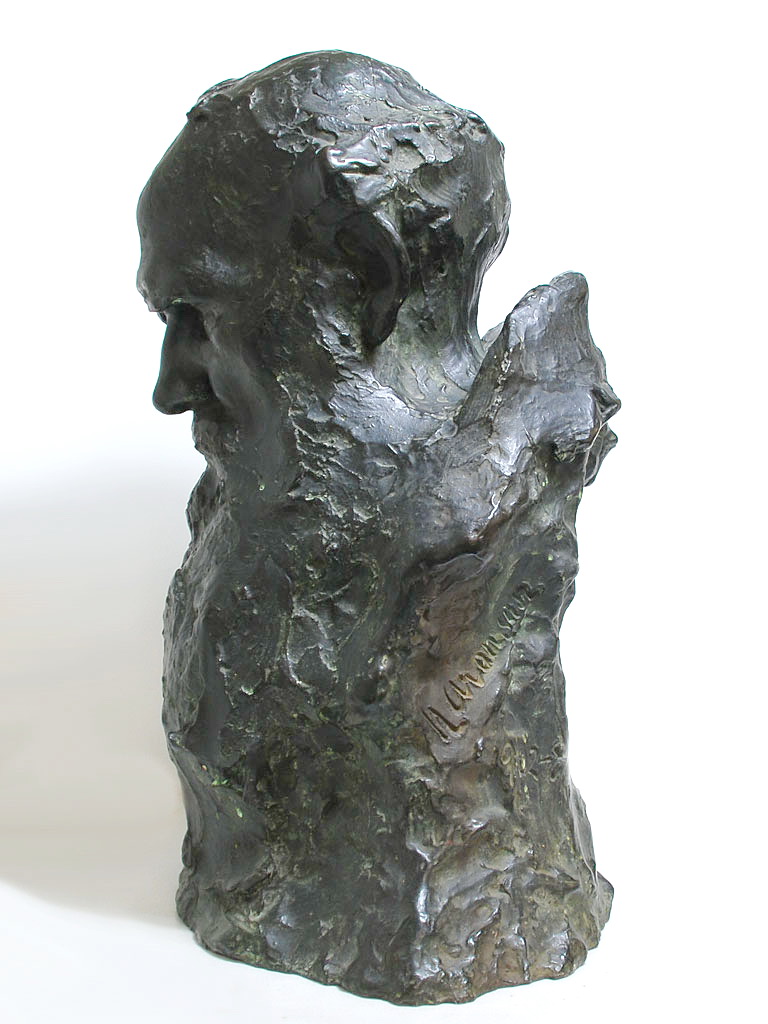 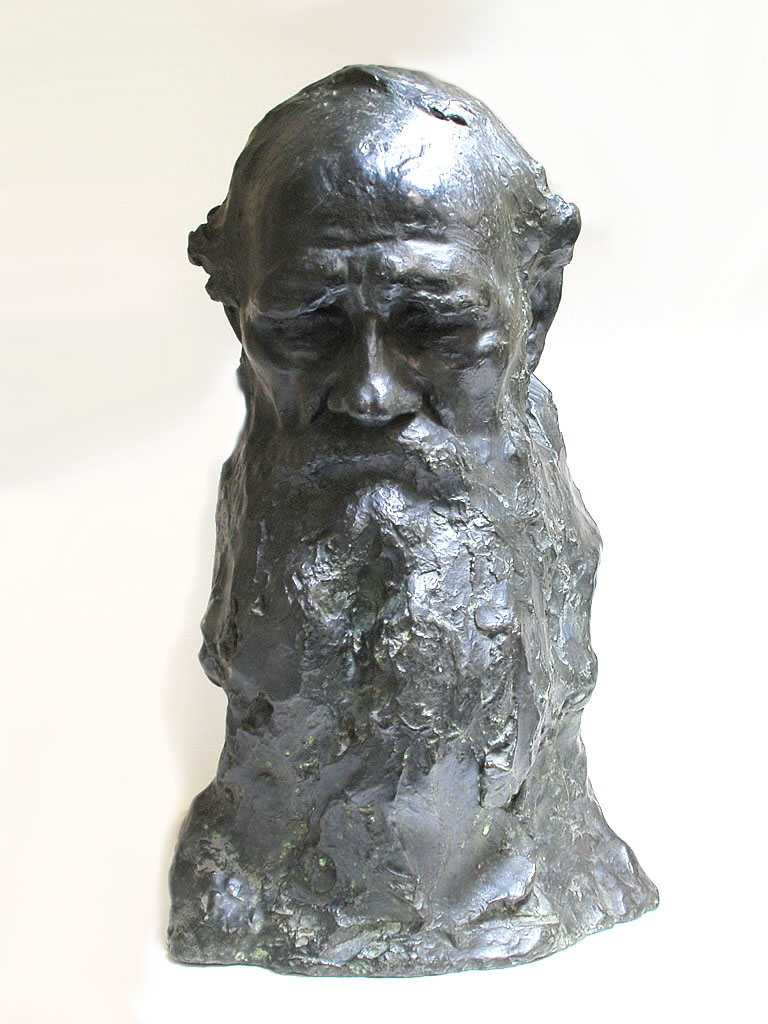 At the turn of the 20th century Naum Aronson traveled to the village of Yasnaya Polyana in Russia to meet with Lev Tolstoy and his family. It was Aronson’s intent to study, observe and sketch Tolstoy with the ultimate purpose of creating a bronze bust in his likeness.

Aronson at first made a clay bust of Tolstoy’s wife Sofia Andreevna which all who laid their eyes upon this creation marveled about its mastery. At this point Tolstoy, impressed with the clay bust Aronson had made of his spouse, gave his permission to sketch him. Tolstoy could not be bothered with posing for Aronson, so he suggested that Aronson could sketch him while he toiled and thought about his “Hadji-Murat” novel, which Aronson did over a period of two weeks.

Unlike other artists who created bronzes of Tolstoy the vision with this creation was to portray Tolstoy as a man in deep thought, a contemplating philosopher.

After finishing the bust Aronson returned to France with his clay model, over 60 sketches, and many memories of the world-famous personality. At this point in time (1901-1902) Aronson refined his creation and proceeded to cast it in bronze at one of the A. Rodin’s most favorite foundries – Alexis Rudier Fondeur in Paris.

At first Aronson’s bust of Lev Tolstoy was exhibited at the Fine Arts Academy in St. Petersburg in spring of 1902 and was met with a great success and approval by all who observed it. Only a few known examples of this bronze bust can be accounted in private collections for today.