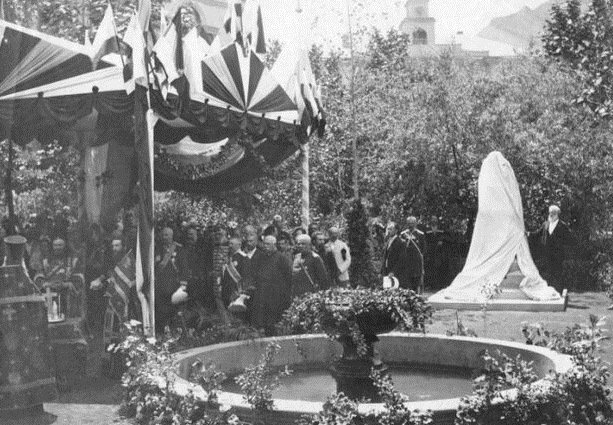 An official opening ceremony of the A.S. Pushkin monument in Tiflis, Georgia, in 1892. (The artist stands to the right ready to remove the covering)

In the early 1860-s a young student Felix Hodorovich was expelled from the Moscow Academy of Arts because of being incriminated in taking part in Polish anti-governmental activity. He was sent out to Caucasus after that. The sculptor did like the region though, settled down in Tiflis (Tbilisi), Georgia, to live and work productively for the next 50 years or so.

There are some other known facts about Felix’s Hodorovich biography – that he was teaching Fine Arts in the Male Gymnasium and in the Caucasian Society for Fine Arts Support, starting from early 1870-s, and was awarded with a gold medal for one of his works exhibited in 1872 in Moscow. He also had a project of creating 30 small-scale sculptural compositions to display them at the World International Exhibition in 1889.

Nobody knows for sure how many models were created, but he didn’t make it in time, so just a few very nicely done groups are known to the public these days. People of Georgia today remember the artist’s name mostly by some of the busts and monuments modeled of an important personalities lived in Tbilisi.

Even though, the known Hodorovich’s bronzes bear Woerffel (St. Petersburg) foundry marks, it seems like the main reason why the sculptor didn’t accomplish his project was the absence of a good foundry in the region where he was working.

*** Got a statue by this artist? We can help you identify, sell, or consign it with a specialized auction. 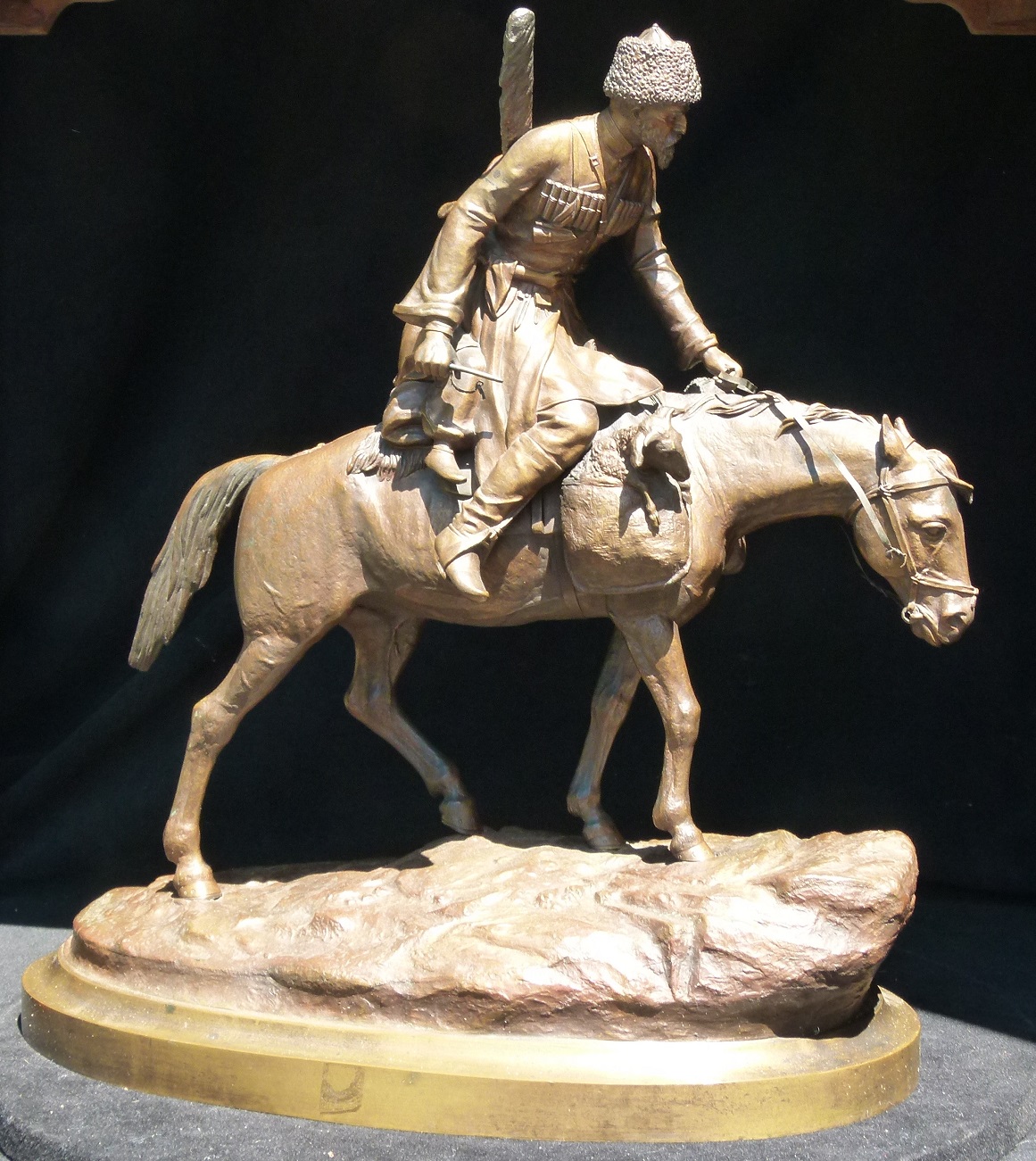 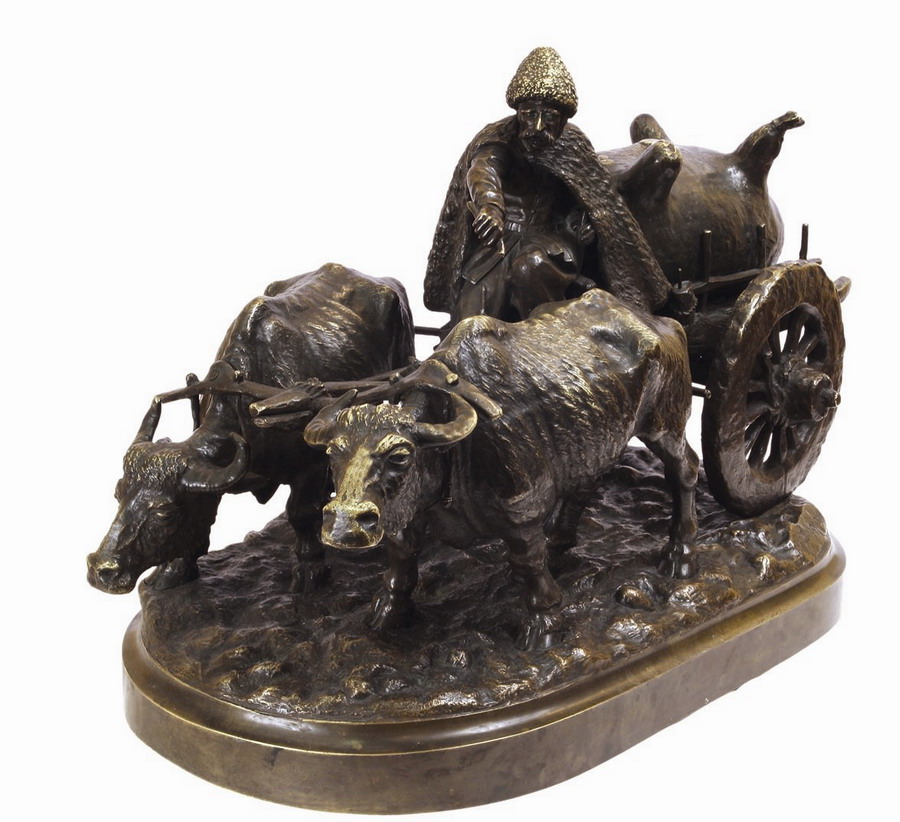